5 “Facts” About Blow-off Valves (BOV) That Are Wrong

Turbosmart was built upon the blow-off valve (BOV ), also known as the diverter valve). It was the first product we ever made. Since then, we have been endlessly working to improve and perfect it. As a result, we’ve learnt a thing or two over the years, and we want to put some of the most common misconceptions to rest.

1. Cars don’t have blow-off valves from the factory, so I don’t need one

Cars not having blow-off valves may have been true back in the early days of turbo vehicles. At the time, most factory turbo cars did not come with a factory blow-off valve. However, these early turbo cars were also running relatively low boost levels.

Today, most modern turbocharged cars do have a blow-off valve from the factory. However, it recirculates the vented air, so it doesn’t give the characteristic sound of a vent-to-atmosphere blow-off valve. Recirculating BOVs are sometimes called bypass valves (BPVs). Nevertheless, standard BOVs/BPVs are often very basic. Additionally, sometimes BOVs/BPVs are made of plastic, suffering from inadequate valve response, and do not cope well with increased boost levels.

However, it is essential to note that these cars run blow-off valves to prevent compressor surges, leading to the next misconception.

The Holden Commodore VL Turbo is an example of an early factory turbo car with no BOV. Modified VLs are known for their fluttering sound. However, they ran low boost pressures from the factory.

That fluttering noise that some turbocharged cars make when the throttle is suddenly closed, such as during gear changes, results from a compressor surge.

It’s a reasonably complex phenomenon which we explain in far more detail here. In short, flutter is the sound of a turbocharger trying to push air. However, failing due to closed throttle. Therefore, it dramatically increases the load on the bearings of the turbo.

If it occurs at higher engine loads or boost levels, it can cause premature wear to your turbo. To sum up, a BOV prevents turbo flutter by venting the air pressure that causes surge.

3. Blow-off valves only vent to the atmosphere

This misconception is likely because of the characteristic sound of a blow-off valve, which is that a vent-to-atmosphere valve creates loud, sharp “Pssh”. Recirculating or plumb back valves do exist and are very popular. However, you don’t hear them. As mentioned above, most modern factory turbo cars have a recirculating blow-off valve as standard.

Our Dual Port valves feature a split between recirculating and atmospheric operation. Therefore, Turbosmart Dual Ports provide quiet, computer-friendly operation on low boost. In contrast, that classic vent-to-atmosphere sound at higher boost. Our Type 5 Dual Port even lets you switch between fully vent-to-atmosphere, fully recirculating, or a mix of both as you wish. They are explained here in more depth. 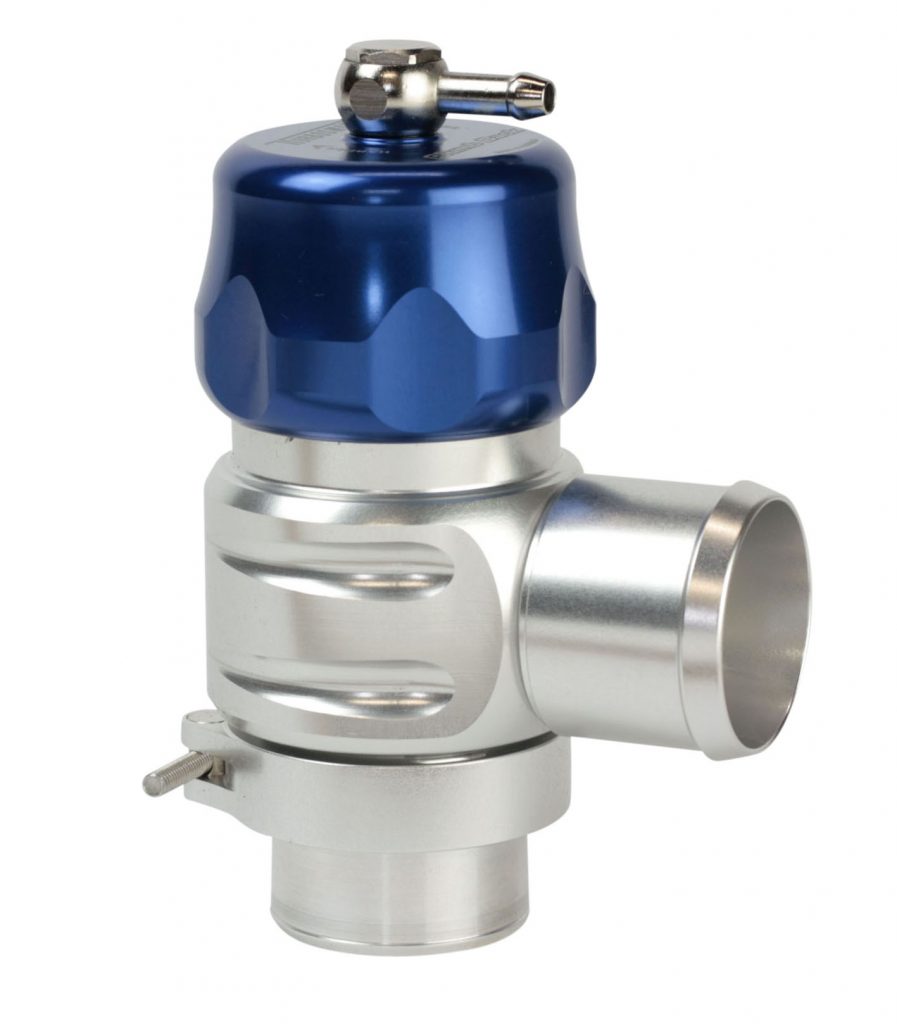 A Turbosmart Type 5 Plumb Back BOV recirculates 100% of vented air back to the car’s intake.

4. A BOV is the cause of a boost leak if it leaks in a smoke test

A smoke test attempts to diagnose boost leaks by pressurising the turbo system with smoke. Additionally, observing where the smoke is escaping. However, this test does not replicate actual driving conditions.

Typically in a smoke test, the plumb backport of a BOV is pressurised, which never happens when driving. Meaning, air leaks out of areas that do not have to be sealed under normal operating conditions.

Another form of test which is not an accurate means of testing a leaking BOV is the soap test. A soap test is similar to a smoke test, except soapy water is sprayed on the BOV and around the turbo system. The system is also pressurised with air. Bubbles will form in the soapy mixture where the air is escaping.

There is no piston style valve that does not show some leakage in these tests. They all do, and for a perfect reason. Like a piston within an engine, there needs to be a small amount of clearance to allow the BOV’s piston to move. There is a minimal amount of clearance between the bore of the BOV and the piston so it can move freely.

5. A blow-off valve needs an O-ring to seal

Some aftermarket blow-off valves require a rubber O-ring to seal the piston with the valve body. Further, preventing leakage, which will perish or become displaced over time. That means the valve will have to be disassembled and that tiny O-ring replaced to ensure it continues operating as it should. Turbosmart’s blow-off valves are precision machined to mere fractions of a millimetre to ensure they seal without the need for a delicate rubber O-ring. This makes them much more durable.