Ford knows that boost is the way of the future. Their EcoBoost technology engines are designed to deliver power and torque consistent with those of more significant displacement, naturally aspirated engines while achieving approximately 20% better fuel efficiency and 15% reduced greenhouse emissions than these same engines. That’s why Ford is expected to offer EcoBoost engine technology in over 90% of its global vehicle line-up. 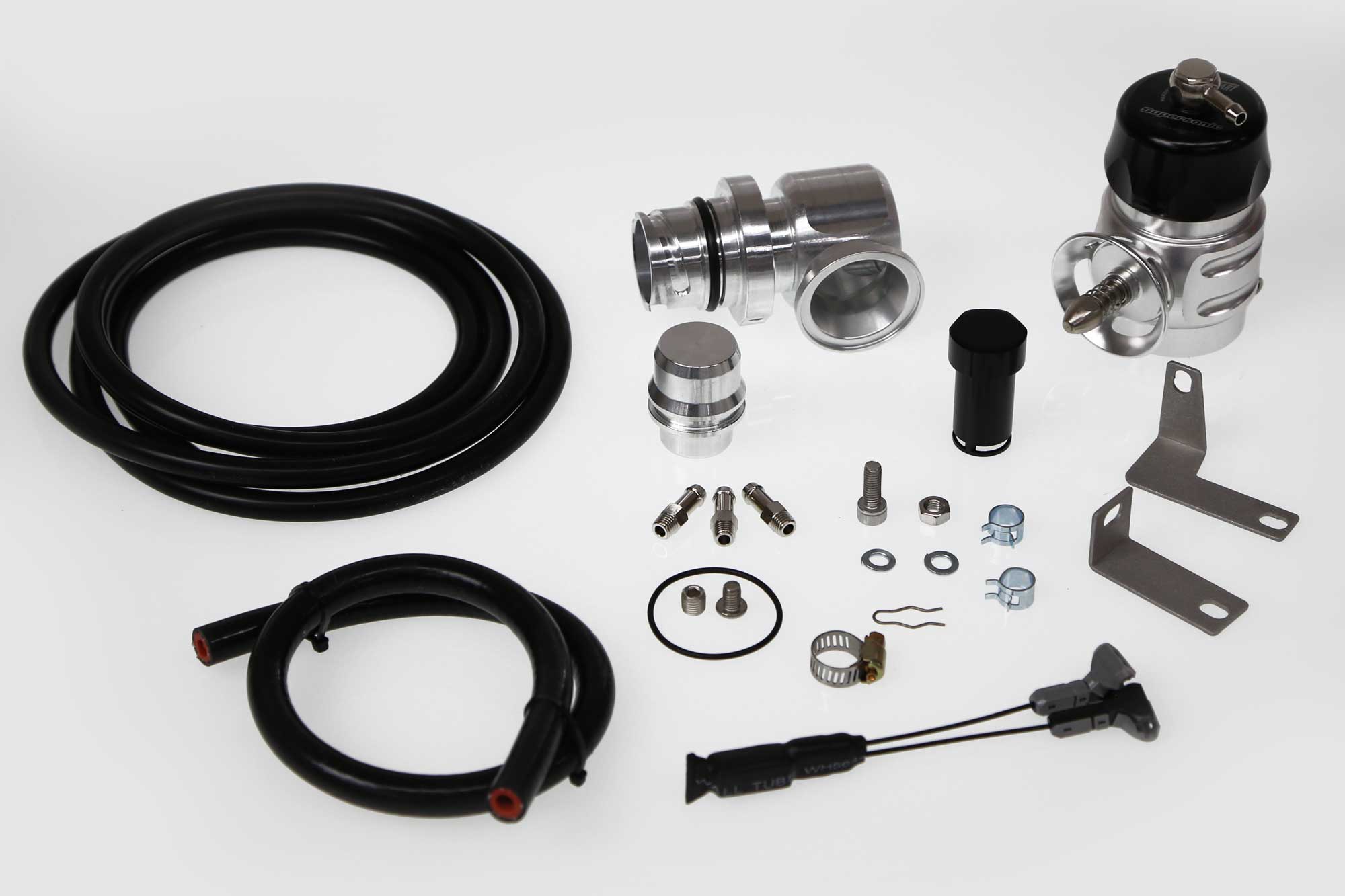 Turbosmart Blow-off Valves
No one knows boost better than Turbosmart, which makes their world-first Smart Port BOV for Ford’s 2015 to current 3.5L Ecoboost F150 and 2015 to present 2.7L Ecoboost F150, as well as the brand new 2017 Ecoboost Raptor, all the more exciting. Another unique feature of this product is that it fits the off-road model and most aftermarket intercoolers, making this truly one of the most versatile valve kits available for your F150. So now, one valve fits all these models.
Stock blow-off valves like those that come standard with the F150 often suffer from a range of problems.  The plastic construction can lead to cracking and leaking, and if you want to up the power (who doesn’t?), they can have trouble holding the extra boost.
Turbosmart’s Smart Port blow-off valve system provides a remedy to all these issues. The all aircraft-grade aluminium alloy construction means cracking and leaking even under increased boost levels will never be an issue. At the same time, new Smart Port technologies provide a severe increase in performance over stock valves. 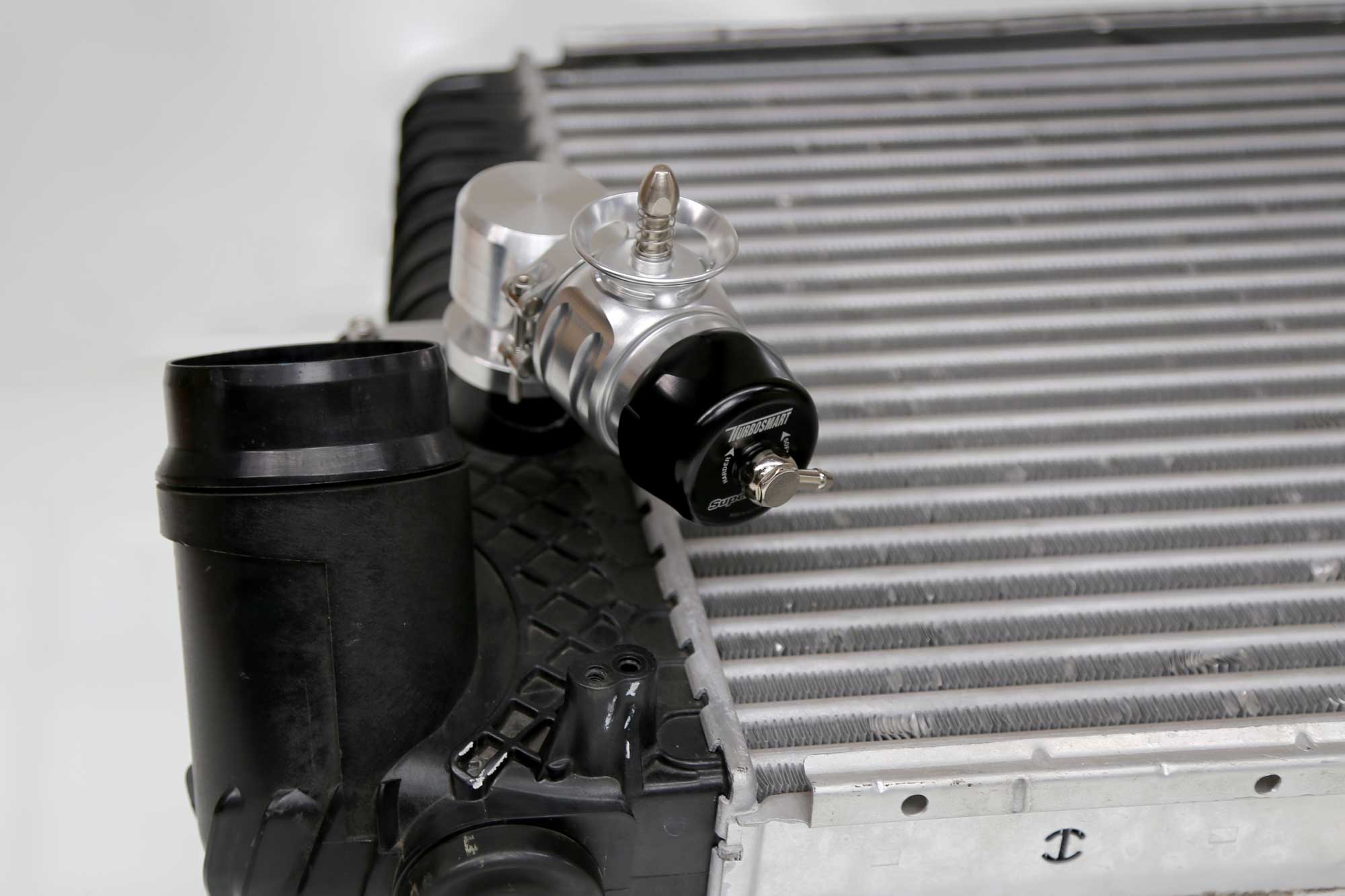 Turbosmart Smart Port Technology
Turbosmart’s new piston manufacturing process utilises specialised alloys and coatings, which mean a lighter, faster-moving piston for razor-sharp valve response. The use of a soft spring in the body of the BOV also helps speed up valve response and reduces compressor surge. Also, the spring on the smart trumpet prevents premature venting of boost. These new technologies result in quicker turbo spool-up and better performance on modern drive-by-wire vehicles like the F150.
In testing, Turbosmart has seen this new valve: 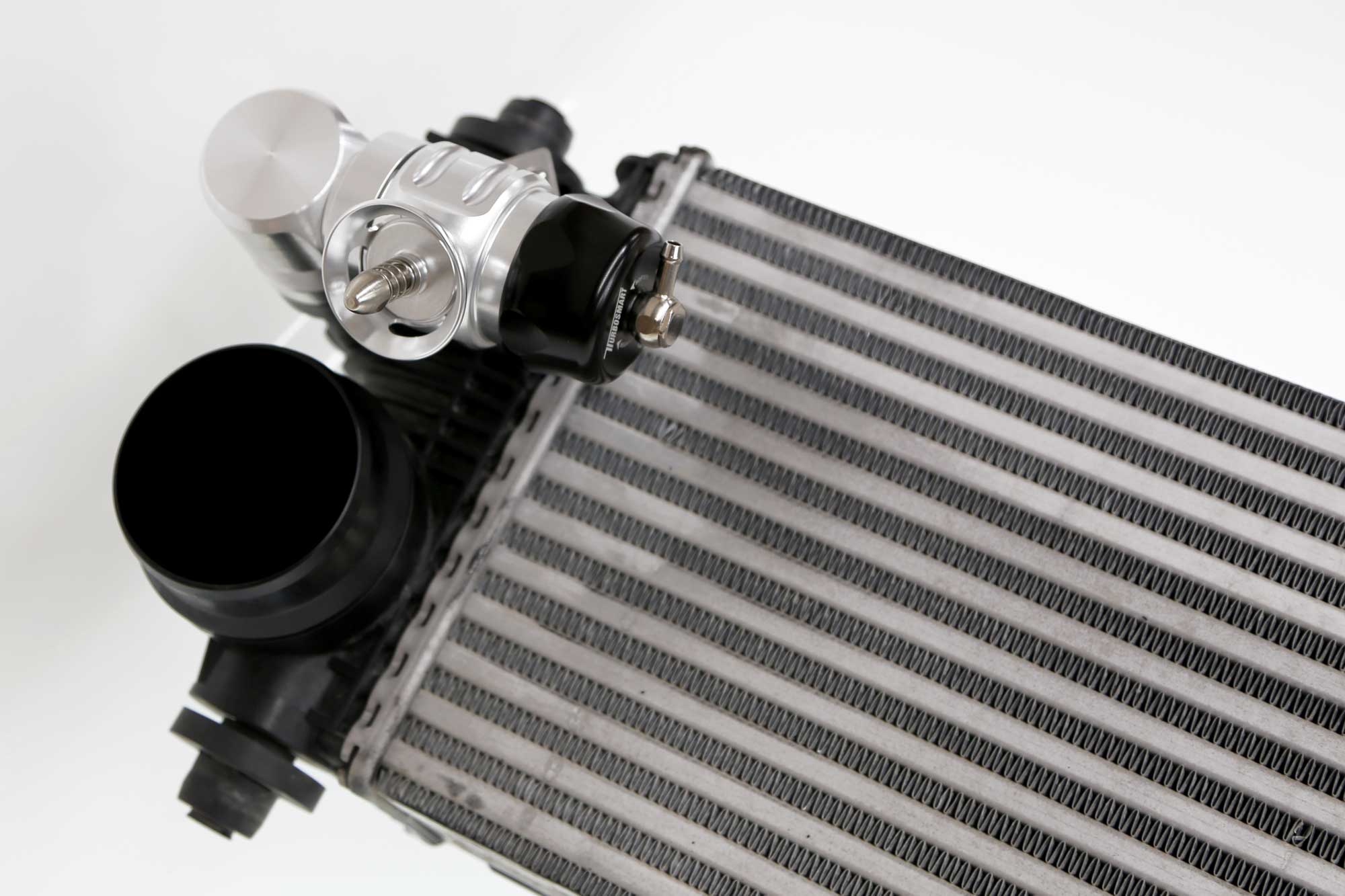