How Does A Fuel Pressure Regulator (FPR) Work?

What is a Fuel Pressure Regulator?

A fuel pressure regulator (FPR) is a device that controls the pressure of fuel supplied to the fuel injectors on an engine.

How Does A Turbosmart FPR Work?

All injectors need a pressure difference between the inlet and the outlet of the injector to spray fuel into the combustion chamber. This is called the base pressure. The base pressure is adjusted on all Turbosmart FPR’s via the adjustment screw to suit the injectors and fuel pump system you are using.

The adjustment screw pushes down on a spring which applies a force onto the valve. When the pressure inside the bottom chamber of the FPR exerts a high enough force on the valve. It overcomes the spring force and lift's the valve off its seat. This allows fuel to flow through the outlet port effectively controlling the fuel pressure in the fuel rail.

Since the outlet of the injector is exposed to manifold vacuum/pressure which varies depending on throttle movement. However, the flow of fuel from the fuel pump is constant. The valve needs a reference to continuously change the amount of fuel bled to maintain constant fuel pressure to the injectors. In addition to the spring force acting on the valve. A vacuum/boost signal also applies a force onto the valve so that the valve is always maintaining a constant pressure difference between the inlet and outlet of the injector.

Once the Base Pressure is Set 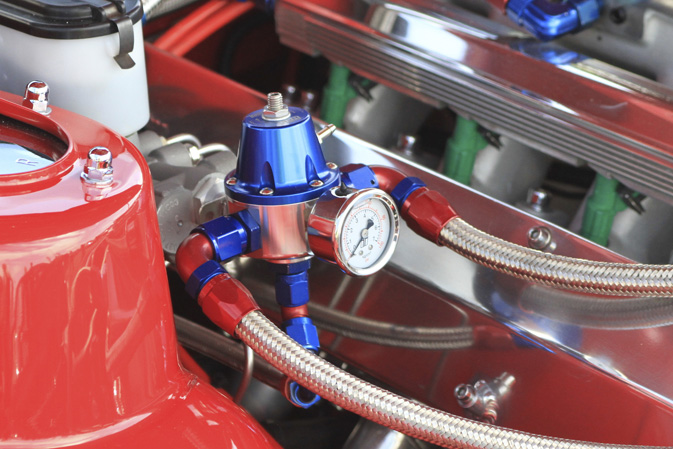 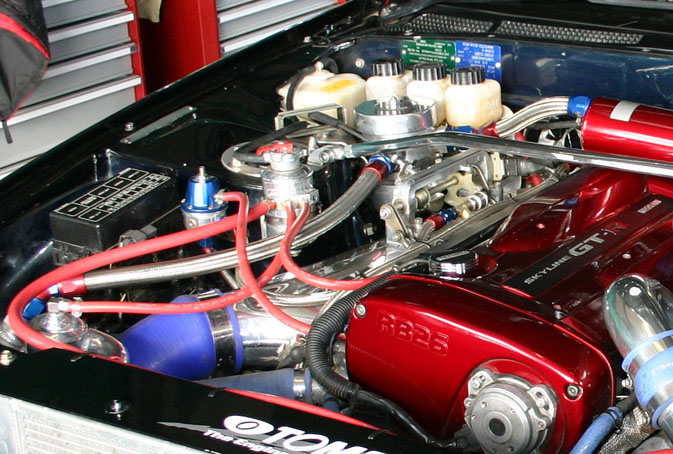 This is the ratio between boost pressure and fuel pressure increase. A 1:1 ratio means that for every 1 PSI increase in boost pressure. The Fuel pressure will also increase by 1 PSI to ensure that the pressure differential between the inlet and outlet of the injector is constant. All injectors are rated to certain base pressure. Injectors are solenoid valves that open and close when power is applied to them.

Electric fuel pumps are designed to flow a constant amount of fuel regardless of engine rpm and/or boost pressure. At idle, the fuel regulator needs to flow the maximum amount of fuel. This is because the fuel pump is at maximum flow. However, the engine is using minimal fuel. If the FPR is not capable of flowing enough fuel. The fuel pressure will be above what is desired.

A high flowing FPR is extremely critical on a high horsepower car running a mechanical fuel pump. Mechanical fuel pumps are driven directly by the engine. Fuel flow increases as the engine RPM increases. In a situation such as the end of a drag race, engine RPMis high but the throttle is closed and the engine is consuming minimal fuel. The FPR needs to be capable of diverting high amounts of fuel so that in situations like this, the fuel pressure differential between the inlet and outlet of the injector is optimal. Large pressure spikes from an FPR not flowing enough fuel can result in damaged injectors or mechanical failure to fuel rails and lines. All Turbosmart FPR’s are designed for high flow and are capable of supporting a fuel system rated to the model of FPR. 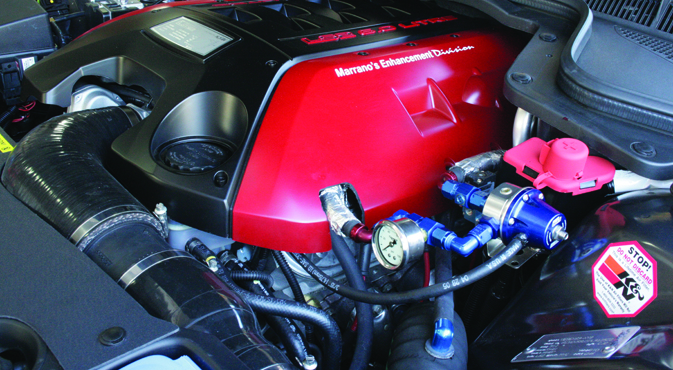 Today’s fuels have a variety of chemicals to increase their octane rating. The higher the octane rating, the less susceptible it is to engine knock. Fuels such as alcohol and unleaded race fuels can corrode untreated metals and destroy diaphragms. All Turbosmart FPR’s use anodized billet aluminium bodies for strength and corrosion resistance. The FPR800 uses a diaphragm that can withstand any type of pump fuel. In contrast to the FPR1200, FPR2000, and FPR3000 which have diaphragms that can handle any type of race fuel or alcohol.

All injectors have a recommend optimal working base pressure from the manufacturer. Moreover, the FPR needs to be adjusted to provide this optimal base pressure. Turbosmart FPR’s have adjustments screws that allow the user to set the base pressure between 30 – 70 PSI. Further, allowing them to be matched to any type of fuel injector and fuel pump. 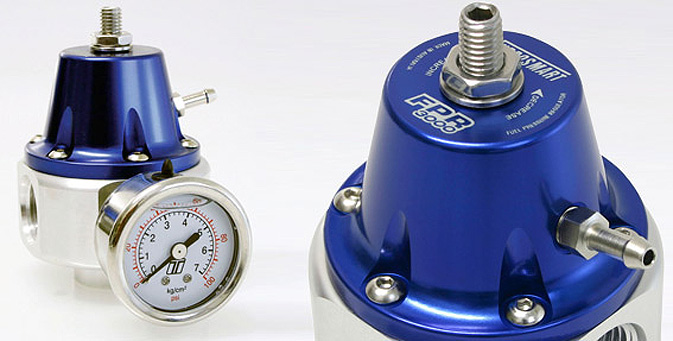 What To Consider When Choosing A Turbosmart FPR?

The target power level will determine the amount of fuel needed from the fuel pumps. In addition to the amount of fuel, the FPR needs to control. The higher the target power level. The more fuel flow needed and the larger the FPR needs to be to flow enough fuel to keep pressures at the desired level. To sum up, all Turbosmart FPR’s are horsepower rated to the series number. For Example: The FPR1200 is capable of controlling 1200 horsepower worth of fuel.

It is best to choose an FPR that is capable of handling the type of fuel being used on the engine. Streetcars that use pump fuel can use the FPR800. In contrast with race cars using race fuel or alcohol will need to use the higher FPR series such as the FPR1200, FPR2000, and FPR3000.