The Invention of the Turbocharger

While both Gottlieb Daimler and Rudolf Diesel were tinkering with forced induction in the late 19th century. The first patent for a practical turbocharger (applied for in 1896) belongs to a Swiss mechanical engineer Alfred Buchi (pictured below).

The first mass-produced turbochargers came out of the General Electric factory in the early 1900s. Interested in the possibility of aviation usage, the company’s head engineer, Sanford Moss (pictured below), conducted tests to produce and maintain boost pressure at the altitude of over 14,000 feet at the top of Pike’s Peak in Colorado. His experiments paved the way for the usage of turbochargers in aeroplane engines.

In 1920 the first turbocharged plane was tested. A LaPere bi-plane, fitted with a 12-cylinder Liberty engine managed to get up to 33,000 without any loss of boost. The tests were repeated over the next year with the highest recorded altitude of 40,000 feet. Turbocharging was about to take over the aviation industry. By the mid-1920s turbocharged diesel engines also started appearing on ships and locomotives.

The turbo design and manufacturing technology advanced rapidly. During the Second World War, numerous fighter and bomber planes were fitted with turbochargers to make them faster and more efficient. 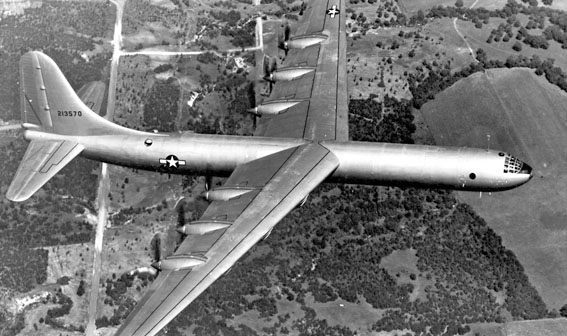 Without turbo technology, the B-36 bomber would require 90 cylinders in each of its six engines. With turbocharging that number was cut down to 28

1936 - The Garrett Corporation was Formed

One of the biggest names in the turbo world – the Garrett Corporation was formed in 1936 by J. C. “Cliff” Garrett. Their first product was a charged air cooler for the B-17 bomber. Garrett’s main products at that time were small gas turbine engines, it wasn’t until 1954 that Cliff Garrett decided to split the growing turbocharger division from the gas turbine division. The newly formed turbocharger group would later be name Garrett Automotive. 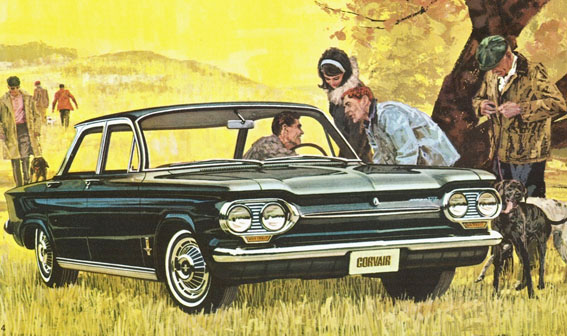 Turbocharging’s first for a foray into the automotive industry was not well received. The Chevrolet Corvair Monza (above) and the Oldsmobile Jetfire (below), launched in 1962 suffered from reliability issues and were quickly withdrawn from sale. 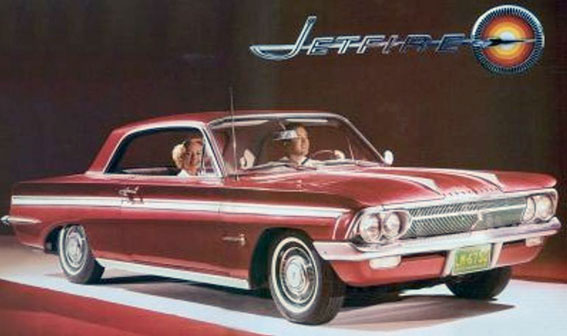 By the time the first oil crisis came in 1973 however, the automotive turbocharging technology has evolved enough to make inroads within the commercial diesel market. As the emission standards became more stringent, turbocharging grew in popularity, becoming a virtual standard in the transport industry by the late 1980s. The 1970s also mark the entry of turbochargers into motorsport, most notably into Formula 1. As with most automotive inventions, motorsport popularized turbocharging to the point where it became a familiar term to the general public.

The first turbocharged diesel passenger car, a Mercedes Benz 300SD was introduced in 1978. With low emissions, greater efficiency and a driveability akin to a petrol car, the 300SD is widely considered a “breakthrough” car that “sold” the public on the benefits of turbocharging.

By the early 1980s turbocharged vehicles were beginning to be a common sight in dealer showrooms and in all forms of motorsport. Turbo cars were winning Formula 1, World Rally Championships and successfully competing against much larger naturally aspirated cars. 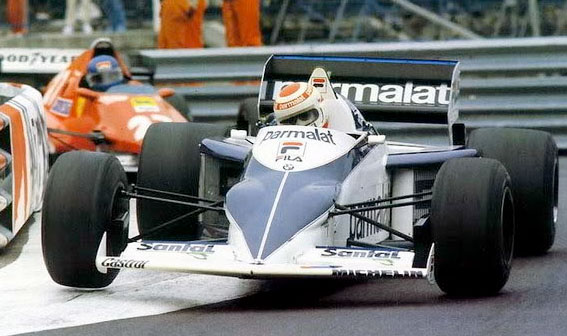 Nelson Piquet won the 1983 Formula 1 Championship in a turbocharged BMW. 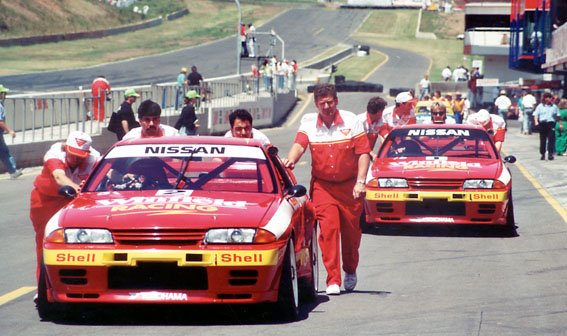 Australian Group A Touring Cars (1985 to 1992) saw the introduction and the eventual domination of turbo cars over their big-bore naturally aspirated rivals.

The Future of Turbochargers

Today, a turbocharged engine is widely accepted not just as a performance option but as an economical, low-emission alternative. Turbo technology is particularly beneficial in small cars where restrictive engine bays make fitting a larger engine impractical or impossible. The problems that plagued early turbo engines; reliability, lag, fuel consumption have largely been eliminated and today’s turbocharged engines are as reliable and easy to drive as their naturally aspirated counterparts.

The future looks bright for the turbo engine. With the hybrid/electric cars suffering from credibility, pricing issues and other inherent shortcomings, it’s easy to see why the clean, economical and reliable turbo diesel cars are quickly becoming the choice of environmentally conscious buyers. In fact, on numerous tests, small capacity, turbocharged diesel passenger car have proven to be more economical and environmentally sound than hybrid or electric cars.

With an 80kW four-cylinder, 1.6L turbo diesel engine, the Cooper D uses just 3.9 litres of fuel per 100km and emits 104g/km of CO2 making it one of the most economical and cleanest cars in the World.

Performance enthusiasts have always been quick to adopt new technologies and turbocharging is no different. Used and loved by loyal legions of racers and engine builders, turbocharging is starting to dominate a large portion of motorsport market, from drag racing, circuit racing, to rally, sprint or time attack, turbocharged cars, bikes, planes and boats are forging ahead, pushing aside the naturally aspirated and even supercharged competitors and heralding the dawn of a new turbo era.

We caught up with Marty Staggs, General Manager of Turbosmart USA to get his take on the popularity of turbocharging in the performance and racing circles.

Turbocharging seems to be gaining in popularity in the motorsport sectors traditionally dominated by superchargers. Why do you think that is?

"We have seen monumental gains in turbocharger technology over the last 10 years. Things like efficiency and durability are at the top of the list. Superchargers no longer make more power than Turbochargers when applied in a like-for-like application. That’s not to say supercharger technology has not progressed – but not nearly to the levels of turbocharging."

“Computer software and CNC technology have allowed engineers to both simulate and test a multitude of designs before ever making a production part. This has helped them refine the wheels and housing to get that increased power output and efficiency. The compressor wheel technology has gotten so good that the exhaust back-pressure they used to create has been dramatically reduced thereby reducing any negative impact they may have on an engine.”

But performance gains are not the only reason turbochargers are gaining more following every day, every engine builder and every racer knows that price plays a major part in all purchase decisions.

What do you see as the “next big thing” on the turbo market?

“I would have to say the materials the Turbocharger components are made from. Borg Warner has recently developed a new Titanium/Aluminum alloy (for example) to make their turbine wheels from that resulted in a 50% weight reduction of the wheels. That is HUGE. The Turbochargers response has been greatly improved due to this.”

“I am sure there are other materials being investigated for both the wheels and housings that will continue to make the Turbochargers even more efficient and responsive.” 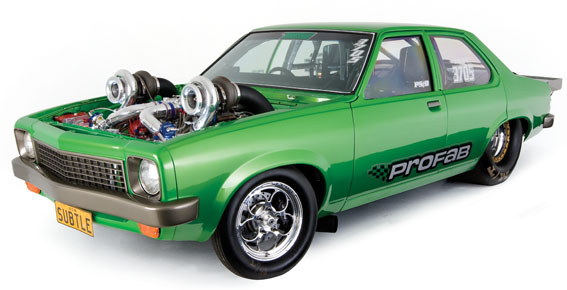 Where do you see Turbosmart expand to within the next 5 years in regards to the overall performance scene?

“I strongly believe that the market is coming to Turbosmart. People are getting more particular about what they install on their vehicles and QUALITY is becoming the driving force behind their decisions.
Turbosmart continues to advance its technology and products right along with the Turbocharger manufacturers so we are progressing together.”

“The kit builders and turbo system manufacturers do not have to “settle” for whatever may be available to control and modulate the power their systems make. Turbosmart is right there working with them to provide the highest quality product that is right for the job.”

“The other good news is that superchargers are not “dead”. There is still a large market for them that is also progressing and Turbosmart makes products for their applications as well. We are not just a turbocharger accessory manufacturer. Turbosmart is a TOTAL boost and fuel, management manufacturer. Whatever your choice for forced induction is, Turbosmart most likely has the products to help you achieve your goals.”